Precautions for transportation of emulsifier 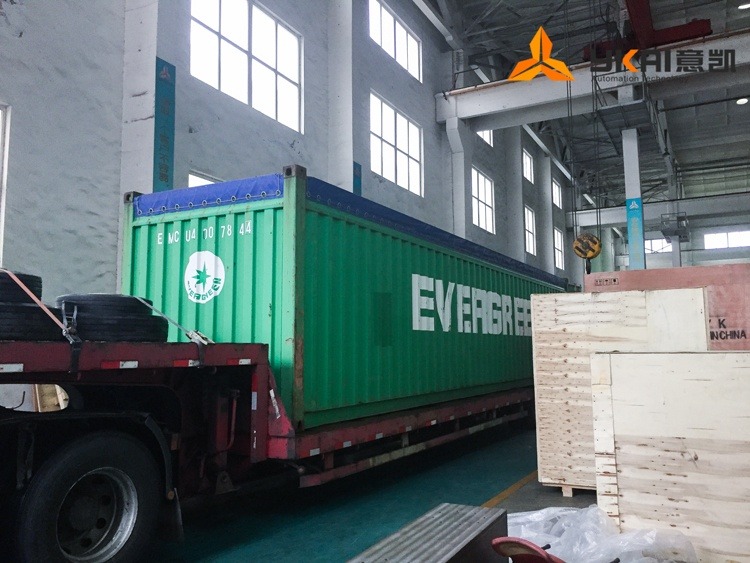 As a domestic manufacturer of emulsifier machines for 20 years, our equipment has been used in all areas of the motherland. Our equipment is south to Hainan, west to Tibet, Xinjiang, Inner Mongolia, and north to Heilongjiang. In addition to domestic sales, our equipment has been exported to the United States 15 years ago. Now, more than 100 countries and regions in the world are using the equipment we produce. These equipments are shipped from the factory to the customer’s production site, and there are many ways to transport long distances. Domestic is generally logistics, mainly land and rail transportation. Foreign countries mainly rely on large freighter waterway transportation.

The emulsifier is a medium to large machine. The unit is generally composed of multiple components, such as: water tank, rack, platform, control. The emulsifier has the smallest size and is about the same height as an adult. The large height is close to 5 meters. If it is a stainless steel mixing tank, the size of a dozen tons is very large. In addition, the weight of the emulsified machine ranges from a few hundred kilograms to four or five thousand kilograms. There are many precision instrument parts in the emulsifier, and the size and size of the equipment are relatively large. So what should you pay attention to when transporting emulsification equipment?

Transportation is usually carried out by the manufacturer. However, it is also necessary to verify before confirming the receipt. So what should you pay attention to when transporting the emulsifier?

2.During packing and transportation, the emulsifier must be firmly fixed to the wooden beam at the bottom of the box. The inside of the package should be padded with moisture-proof paper, oil felt, etc. It is best to put in a moisture barrier.

3.When transporting, be careful not to turn the device over to avoid damage to the emulsifier.

4.Under normal circumstances, after the assembly is complete, the minimum part of the main pot is completely transported. However, if it is difficult to transport, it is allowed to disassemble and transport the motor cover, platform and water tank. This requires the prevention of foreign matter entering the equipment components and the loss of accessories.

5.Domestic transportation, you can arrive in the next one or two days, if you are far away, you can usually arrive in a few days. Short transit time, faster and safer. In the case of foreign freighters, Southeast Asian countries generally arrive faster, and Europe, America, Australia and Africa will be slower. When transporting by water, the sea time is relatively long, and the seawater with salt and sea salt will cause some corrosion on the stainless steel surface of the emulsifier. In order to prevent this from happening, the equipment needs to be rust-proofed before shipment. The specific method is to spray anti-rust oil, and so on.

The daily production of 10 tons of food ingredients project is being installed and debugged in the seasoning sauce manufacturer
September 9, 2021

What is the difference between emulsifying mixer and emulsification pump?
September 3, 2021

The production of high-end cosmetics requires the blessing of high-quality production equipment
August 27, 2021

What is the production machine for bone broth products?
August 20, 2021

The principle of high shear homogenizer and its application in the food industry
August 12, 2021