What is the general stirring speed of the vacuum emulsifier? 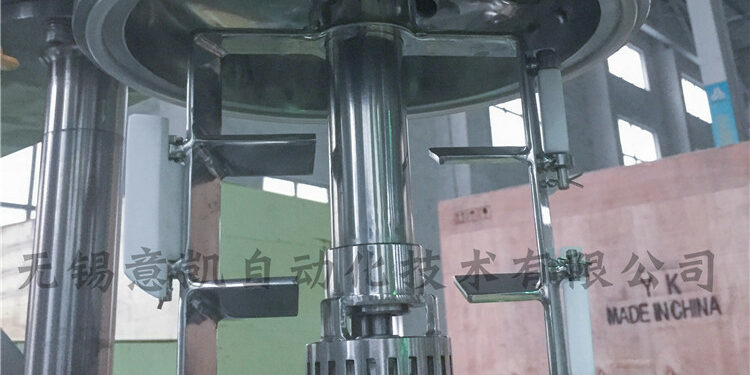 A vacuum emulsifier is a multifunctional device for fluid agitation mixing. Its core component lies in its homogeneous mixing section. And usually judge the performance of the vacuum emulsifier, it depends on its homogenous agitation structure and speed. Structurally speaking, the triple homogeneous agitation structure like ZJR is a relatively mature and advanced mixing method, that is, the center homogenization, the frame type scraping wall, and the blade stirring. Since the blade and the frame scraping wall are connected together, the rotation speed can be divided into two speeds of homogenization and scraping. Many customers will pay more attention to the uniform speed. Generally speaking, the homogenization speed required for mass production of food, cosmetics and pharmaceutical products is 0-3000r/min, which is more scientific and reasonable. What is the rotational speed of the frame scraping wall? Take a look!

The stirring speed setting of the vacuum emulsifier is a scientific basis for a large number of calculations. Too big or too small is not conducive to the mixing effect of the product. For example, if the stirring force is too large, the vibration at the top of the device may be too large, resulting in noise pollution caused by abnormal noise. At the same time, it also leads to accelerated wear between the scraping wall and the pot, so the general stirring speed is recommended to be 0-85r/min, and the motor power is determined by the size of the emulsifier. If you have more technical questions about vacuum emulsifier, please contact us!

How to install and maintain the stainless steel mixing tank
July 1, 2020

Does the laboratory mixing equipment choose a homogenizer or a dispersion plate?
June 22, 2020