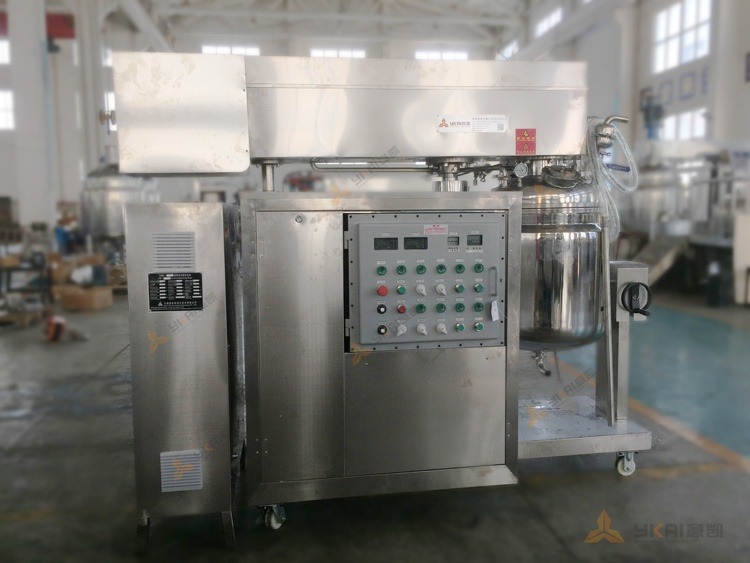 The high-speed shear emulsifier generally consists of a slow mixing system, a rapid homogenizing mixing system, a heating or cooling system, an upper cover lifting system, an inlet and outlet system, and a safety control system. At present, it is mainly used in the production of creams, creams, gels, and high-viscosity blends in the food, pharmaceutical, and other industries. Its high-speed shearing mechanical kinetic energy is also very suitable for the production of pesticide water emulsion. For water emulsion materials, homogenization, emulsification, shearing, mixing and dispersion can be carried out under negative pressure or positive pressure. With the increasing level of automation of emulsification equipment on the market, vacuum emulsifiers are more in line with the needs of the application industry.