1. The advanced/advanced recirculation and homogenization system significantly improves the efficiency 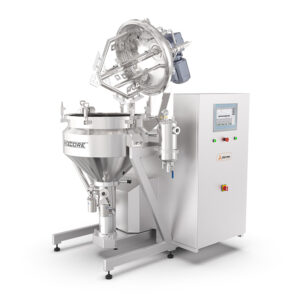 After the production is completed, is the washing pot of the emulsification pot still washed with hot water and brushed? This is too labor-intensive. YeKeey’s fifth-generation emulsifying mixer is equipped with a WIP automatic cleaning system as standard, you only need to add water and detergent, Leave the rest to it, and it will automatically clean it for you. Even the intelligent operating system can help you do the metering. That’s right. It can also be used when feeding quantitatively, and one person can handle the work of 3 people. The same amount of saving production time and improving efficiency also helps you save labor costs. 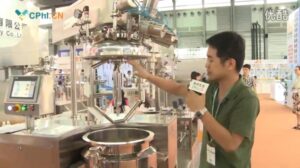 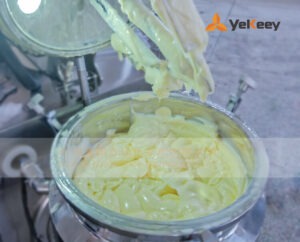 YeKeey MC series fifth-generation vacuum emulsifier is a highly integrated and multi-functional mixing and stirring equipment designed by introducing German homogenization technology. It can avoid some weaknesses of the traditional emulsification mixer equipment, greatly improve the efficiency of the emulsifying machine from the aspects of structural design and working principle, and can complete the emulsification and homogenization process of high-end products required by the application industry with high efficiency, cleanliness and low energy consumption. process.

Is The Laboratory Emulsifier A Better Choice with Less Test Material and Lower Price?
September 20, 2022

This is the high-efficiency food sauce emulsifying machine you are looking for
September 16, 2022

Planning to buy ointment-making machine, but how to know if the machine can make it that meet the standards?
September 2, 2022

What Should be Paid Attention to When Using The Emulsifier under High Temperature?
August 24, 2022

What should I do if the oil does not melt when the water-based fire extinguishing agent is emulsified?
August 9, 2022
InSite Search Engine