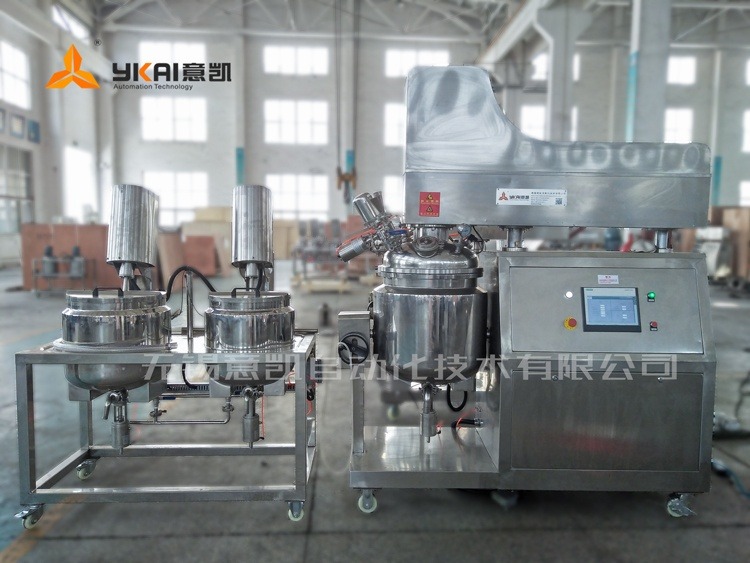 A cosmetic industry customer of icai recently placed an order for two high-end custom-made cosmetic equipment, the ZJR series vacuum homogenizer. In addition to using automatic control of PLC touch screen control, also in several other aspects of customization. The terminal customers are mainly engaged in cosmetics production, and its production line in European factories is made in Europe. After the inspection of the new plant invested in China, the mixing equipment selected ikai as the supplier. 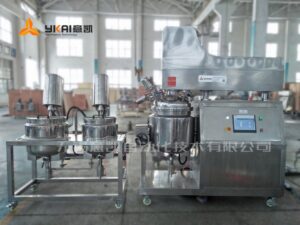 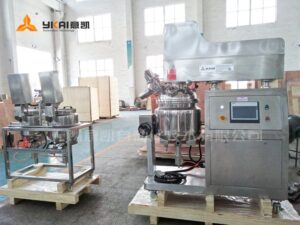 The production line consists of three vacuum mixers. Two of them are ZJR series 100L vacuum emulsifiers containing water and oil. The other set is a vacuum homogenous emulsifying tank without water and oil. The mixer adopts coaxial design, with high speed and frame mixing, for the dispersing and mixing of high viscosity materials.