A dispersion is a thermodynamically unstable system composed of at least two immiscible liquids. One liquid is dispersed in another liquid in spherical units, so the more stable the dispersion, the better the dispersion effect. The high shear dispersing emulsifier can break the liquid or solid phase into extremely small particles, and then disperse into the continuous liquid medium to form a uniform and stable mixture. The energy it introduces into the medium is 1000 times that of stirring, so it often only takes a few minutes, or even seconds. 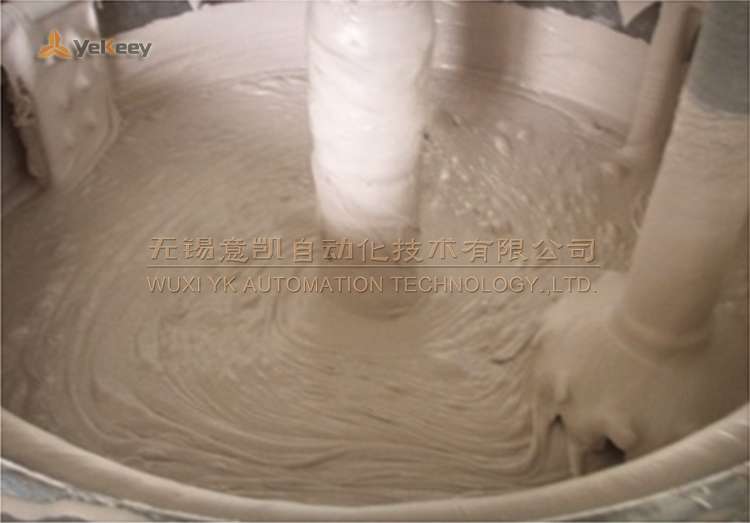 Different from the traditional stirring theory, the high shear dispersing emulsifier has a relatively high speed and a small impeller. It is designed with a new concept of a small impeller and high speed, and the diameter of the impeller is only 1/10~1/75 of the diameter of the mixing tank. In addition to general convection, the high shear homogeneous emulsifier also has impact, extrusion, shear, and friction, and the precise coordination of rotor and stator ensures that the material can withstand hundreds of thousands of shears per minute.

Ultra-high-speed dispersing homogenizer is a device for the process of efficiently, rapidly, and uniformly introducing one phase or multiple phases (liquid, solid) into another immiscible continuous phase (usually liquid). When the fineness of one or more of the materials reaches the micrometer scale or even the nanometer scale, the system can be considered homogeneous. When external energy is input, the two materials recombine into a homogeneous phase. Due to the high tangential speed generated by the high-speed rotation of the rotor and the strong kinetic energy brought by the high-frequency mechanical effect, the high-shear homogenizer causes the material to be subjected to strong mechanical and hydraulic shearing and centrifugal extrusion in the narrow gap between the stator and the rotor. , liquid layer friction, impact tearing and turbulent flow, etc., to form suspension (solid/liquid), emulsion (liquid/liquid), so that the immiscible powder solid phase and liquid phase are in the corresponding cooking process and the appropriate amount of additives. Under the joint action, the dispersion is uniform and fine in an instant, and the high-frequency and high-shear dispersion homogenizer is circulated and reciprocated to finally obtain stable and high-quality products. 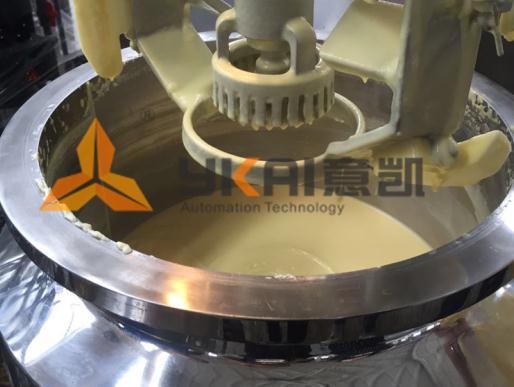 Comparison between an ultra-high-speed dispersing homogenizer and traditional equipment

(1) The traditional mixing machine requires 8 hours of dispersion process, and the ultra-high-speed dispersing homogenizer can be completed in 1 hour, which is more efficient and energy-saving. 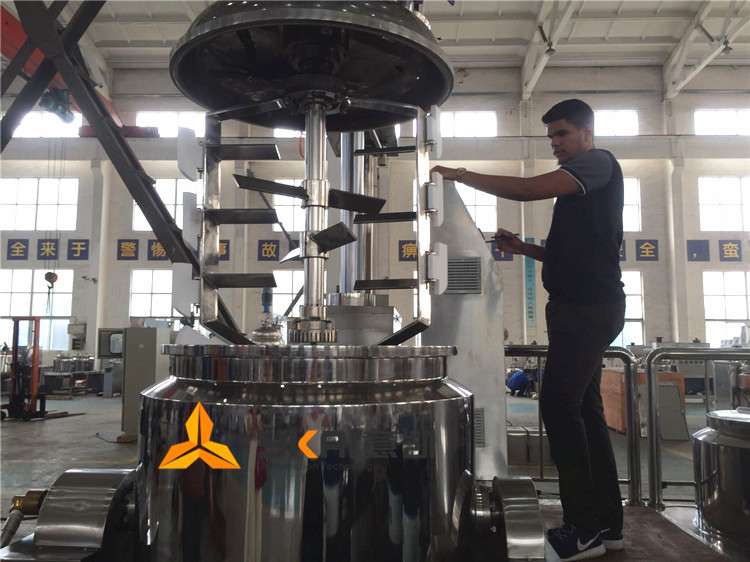 Is The Laboratory Emulsifier A Better Choice with Less Test Material and Lower Price?
September 20, 2022

This is the high-efficiency food sauce emulsifying machine you are looking for
September 16, 2022

Planning to buy ointment-making machine, but how to know if the machine can make it that meet the standards?
September 2, 2022

What are the advantages of the fifth generation emulsification technology vacuum emulsifier
August 30, 2022

What Should be Paid Attention to When Using The Emulsifier under High Temperature?
August 24, 2022

What should I do if the oil does not melt when the water-based fire extinguishing agent is emulsified?
August 9, 2022
InSite Search Engine